There is at least one major construction project in Austria which could be considered an alliancing model: a hydro power plant named “Gemeinschaftskraftwerk Inn GKI” at the Austrian-Swiss border. Due to unsatisfying progress of the construction works since 2014, the traditional unit price contract was terminated and re-tendered. In 2017, the project was continued with an alliancing (service) contract with the goal to harmonize the interests of all contracting parties (under a “best for project” principle). One of the main obstacles to alliancing contracts seems to be the organisational structure. In the GKI project two organisational levels were established, an “alliance executive committee” responsible for supervision and guidance of the alliance and the “alliance management” for the operational work. However, this contract was only concluded between a consortium consisting of three construction companies on one side and the contracting authority on the other side, but without planners or other parties. Thus, it is no true multi-party agreement.

The construction works are not yet finalised, but commencement of full commercial operation is scheduled for 2023. The GKI is the largest power plant currently under construction in the entire Alps. With capex of almost 605m EUR and a planned installed capacity of 89 MW it will produce 400 GWh of clean electricity annually.

The GKI contract comprises a target price and a three-tier or “three-limb” compensation system. Early results are encouraging (cost savings of 6 - 9 %). At the end of the project, no open claims offering room for disputes are allowed. The geological ground risk as well as the extreme weather in the remote alpine region are major sources of uncertainty and thus the project qualifies as an ideal example for a collaborative and risk-sharing project. As an example, in March 2019, a landslide destroyed already completed works at a related construction lot and massive snow falls during the winter of 2019 halted construction works. In Austria, parties usually agree that certain extreme weather conditions/events constitute a release event or force majeure, e.g. exceeding what statistically happens once every 20/50/100 years. Risks for weather and climate conditions not exceeding such agreed levels have to be assumed by the contractor. In an alliancing model however such a distinction is not necessary if risks are allocated to the joint responsibility.

Nevertheless, the GKI is currently demonstrating that, by adhering to a set of core principles, project outcomes can be satisfying for all parties involved. Those core principles are:

Encouraged by the success of GKI, TIWAG, the electricity provider owned by the provincial state of Tyrol, decided to implement another and even larger hydro power pump-storage plant in the Alps that follows an alliancing or alliancing-like model. The SKW, located over 2,000 m above sea level, will add another reservoir (increasing the capacity by approx. 50%) to the two existing ones. It will re-use the water stored in the highest of the three reservoirs and by doing so increase the efficiency of the entire ensemble, avoid having to construct a new high-voltage transmission line and create a giant storage facility for energy from other renewable sources. The planned installed capacity is 130 MW, the annual production 260 GWh (equal to a conventional plant using 70,000 t of coal per year).

After almost ten years of environmental permitting procedures and another four years of remedies filed by local interest groups and environmental activists before all levels of administrative courts as well as the constitutional court, the construction works should commence in April 2021. The GKI will partly use water from the famous Stubaital and neighbouring Ötztal, well known for their skiing resorts and ‘Ötzi’, one of the world’s most famous ice age mummies. In addition to geological and climate risks, COVID-19 restrictions in early 2020 have already caused productivity losses. Thus, timing is crucial.

In October 2020, an alliancing contract was awarded to a consortium of construction companies, which however does not include sub-contractors. The parties agreed a cost-plus-fee model combined with a target price of approx. EUR 425m and a bonus/malus-mechanism. The project is due for completion in 2024. Almost all the risks which the law allocates to the employer’s sphere of responsibilities were transferred to the joint risk sphere (together with the usual contractor’s risks). Those risks will be dealt with by all partners in a joint organisational and decision-making structure. Only the planning and permitting risk and the risk of price increases will remain with the employer who can better handle them. So, all design will be provided by TIWAG’s engineers and only an actual increase of costs will be paid to the contractor (unlike the usual link of contractual prices to an index like the CPI). In 2020 Preparatory works including relocating natural habitats and safety measures were carved out from the scope of the alliancing contract and were conducted solely by TIWAG.

Disagreements including variations and adjustments are dealt with through a multi-step dispute resolution mechanism. They are first discussed by the alliance management team, and if they remain unsolved after a certain time are escalated to a higher level, the alliance leadership team, and finally settled by an independent expert. 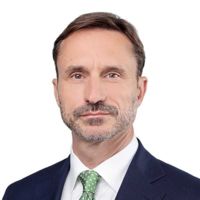 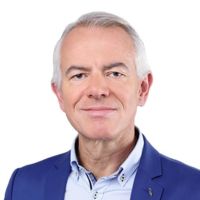