In the early 2000’s the construction industry in Finland suffered similar experiences to other countries. Project outcomes were below expectations and projects were often not delivered on time or budget. Inevitably, POs and NOPs were frustrated about the resource required to deal with dispute resolution. The following diagram shows the development of productivity of different industries in Finland over 30 years, with the construction industry at the lowest level compared to other industries:

In addition to this, large infrastructure investment programs had to be implemented by Finnish authorities which caused a significant pressure in finding suitable and viable options for successful implementation.

This created a situation where the organisation and management of construction activities moved away from individual, partial contributions, towards a different approach where interaction between parties in an open environment allowed for focus on partnership.

To improve the level of productivity in the construction industry in Finland, several studies were undertaken by Finnish authorities. The improvements which were implemented changed the culture into a more open and trusting way of working together, giving better customer satisfaction for end products and better quality at reasonable price levels, as well as allowing innovation and knowledge transfer to cut costs.

The foundation of the Finnish Lean Construction Institute was a key milestone in changing the industry towards achieving better outcomes.  Since its introduction in 2006-2008 and the launch of the first Alliancing pilot projects in 2012 (Liekki Project and Tampere Tunnel) the Finnish construction industry, together with the Finnish Transport Authority (FTA),  had undertaken c.50 public infrastructure projects with a total investment of c.€ 3bn by the end of 2016. The Finnish construction industry has developed the alliance type delivery methodology to a very mature level, if not to one of the most advanced industry levels worldwide.

However, things have not always been straightforward.  During the early development and implementation phase of Alliancing in Finland a legal complaint was brought to the European Commission, stating that “Project Alliancing” was not in accordance with EU and Finnish procurement laws with regards transparency and fair competition. In 2013, the EU Commission ruled that “Project Alliancing” as undertaken and conducted in Finland was indeed in compliance with EU and Finnish legislation and did not cause unfavorable conditions to participants, either in relation to transparency or to fair market competition.

In order to avoid any further legal action by market players, the FTA has taken a step outside of the basic theory of ‘pure’ alliancing. In ‘pure’ alliancing, the selection process should be based on capacity and capabilities of project partners only e.g. ‘price’ is not part of the selection process. To eliminate potential criticism that without ‘price’, the owner has no definitive way of testing the determined price against the open market (which in fact is not true since the TOC should always be verified by an independent cost consultant prior to acceptance by the owner) and to satisfy common standards of public accountability whilst demonstrating a competitive tendering process, the FTA includes two pricing components within its selection criteria: the bidders are required to submit their corporate overheads and ‘normal’ profit as part of their RFP responses.

The FTA has a well developed and structured selection process, divided into two stages, including a set of weighted selection criteria for each stage. At the first stage, the bidders are scored based on their written application, followed by interviews. In this stage, only capability aspects are used to evaluate their suitability:

Based on the first stage evaluation, two preferred bidders will be shortlisted and will enter the second stage, where workshops and commercial discussions take place, accompanied by audits of other components, e.g. systems and processes. Whilst the evaluation criteria in the second stage remains as in the first stage, the ‘price’ criteria is added, with a weight of 25%. The outcome of this stage is the decision on the preferred bidder who will then be invited to Finnish the process with negotiations of the legal and commercial framework (Project Development Agreement / Project Alliance Agreement) and subsequently the contract award. 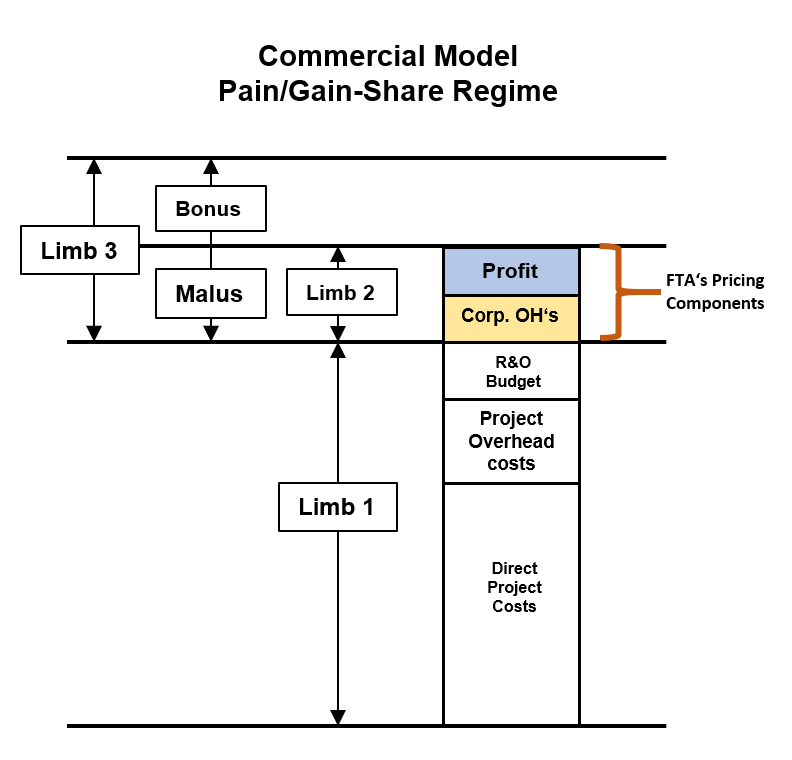 One of the golden rules in setting up an alliance type agreement is to keep things simple.  As such, the FTA has a straight-forward process for the commercial framework: its pain/gainshare regime consists of the TOC and performance incentives related to qualitative performance achievements in KRAs. However, whilst this helps to steer the alliance operations, aligned to owners’ targets during the development phase, it is important that such a regime is agreed amongst project parties during the selection process.

Since the FTA has undertaken a wide range of different projects to date and developed very mature market conditions in alliancing, its “lessons learned” are of great value for POs who are less experienced or who are considering alliancing:

The following two FTA projects demonstrate the value and outcomes that have been achieved by using alliancing as a project delivery method: 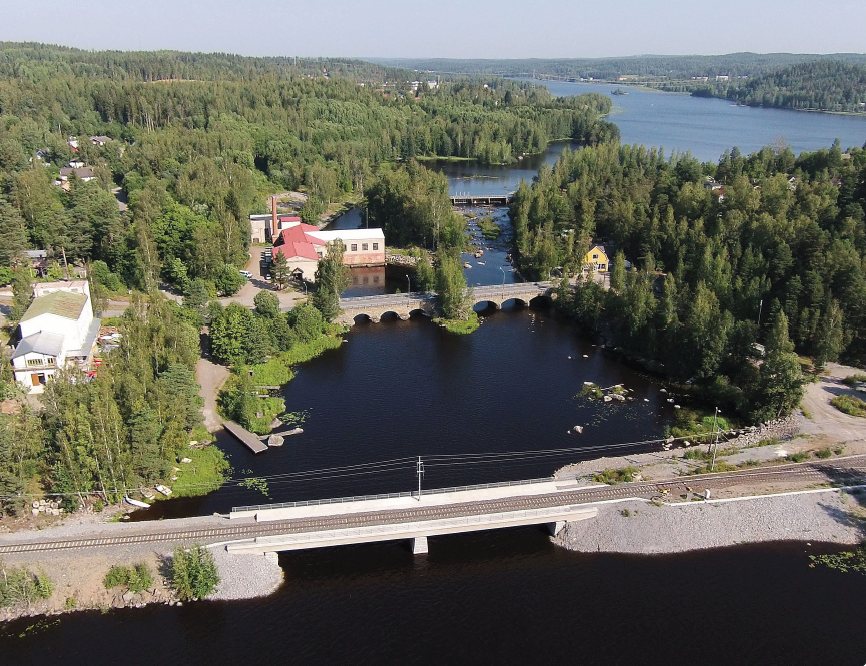 This project was the refurbishment of c. 90 km of railway between the cities of Tampere and Kokemäki with a capital investment budget of c.€91m. It was delivered by the VR Track Oy Alliance. Whilst this was the first Alliance pilot project for the FTA, it was also the first Alliance project undertaken by a public agency in Europe.

The FTA’s decision to use the alliance type delivery method as opposed to more traditional delivery methods was based on the technical risks and challenges associated with this project as well as requiring sufficient room to manoeuvere between project risks and opportunities as well as favourable legal requirements with regard to project approval processes. The agreed KRAs for the Alliance were:

During the design development phase, the TOC had been set at €85.6m, however, due to scope changes the TOC was finally set at €89.9m. After practical completion, the actual cost was at €80.1m (which included some provision for the defects liability period – to be completed by 2020). The underrun of actual costs versus planned costs was achieved through effective project execution, for example, minimising risks estimated during the development phase and the avoidance of material waste during construction due to the optimisation of working methodology and innovative design solutions. Further cost savings were achieved through an efficient change management process, for example, managing change directly and at appropriate levels, instead of escalation and involvement of comprehensive management structures. Another important component in cost savings was the deployment of lean working methods at different project levels, which in turn led to a significant increase in productivity.

The VR Track Oy Alliance was a great success, achieving or exceeding performance benchmarks in all KRAs including delivering the project six months ahead of planned schedule, with a total score of 79 out of 100 points.  At that time, such performance had not been achieved before on similar projects in Finland.

This was a tunnel construction in the city of Tampere. The Rantatunneli Alliance comprised five participants: the FTA and the City of Tampere as the POs; and A-Insinöörit Suunnittelu Oy, Saanio & Riekkola Oy and Lemminkäinen Infra Oy as NOPs. 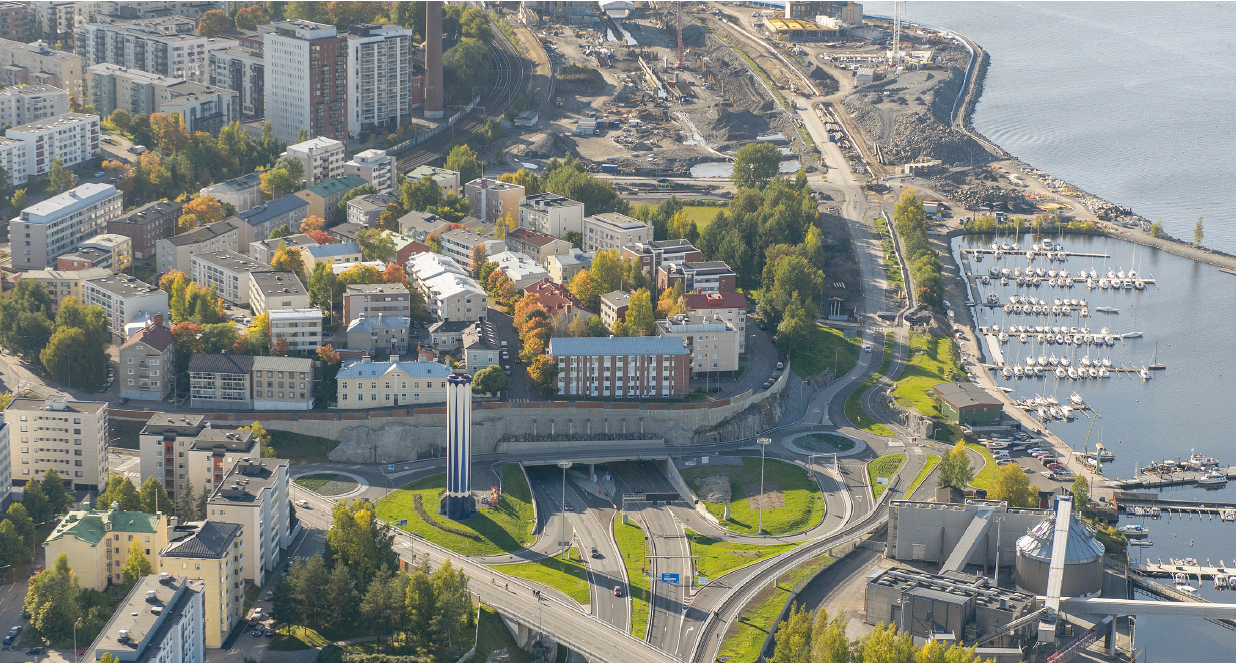 This project was complex: the diversion of a stretch of one of the major highways (Highway 12) in this area into two one-way tunnel sections (2.3 km each) including interchanges at each end. Each section comprised 4.2 km highway construction and 4 km adjacent road network including 7 bridges. The entire project area was located in the City of Tampere, in an area governed by a zoning plan, confined by urban infrastructure and roads maintained by the city.

After almost two decades of pre-planning, the Rantatunneli Alliance’s project design phase commenced in 2011. The design development was completed in late 2013. The original project budget was. c.€185m and the final TOC was agreed at c.€180.3m. After the PO’s acceptance of the final TOC, the project went ahead into the construction phase. Practical completion was reached in 2016 (Stage I) and 2017 (Stage II).

The final scope of the alliance contract was decided during the design development phase. The most notable risk identified during the design phase (and therefore in connection with developing the TOC price) was the potential presence of contaminated soil in the project area and its disposal. It was decided that the City of Tampere would take part of this risk on its own (outside the Alliance) with regards to transportation of the contaminated soil to the disposal site (including associated costs).  Due to the uncertainty on this issue, including the associated water permit application, and in order to move ahead with the project, the TOC could only include a provision for contaminated soil, irrespective of the extent of contamination. Consequently, the share of the financial risks was altered so that the split between the Alliance and the POs was: 25%/75% for slightly contaminated soil; and 10%/90% for heavily contaminated soil.

The Alliance put great emphasis on developing innovations to reduce costs and to lower the TOC: staff were encouraged to come up with ideas, evaluated in accordance with a structured process; and efforts were made to improve the process by identifying and mitigating obstacles to innovation. Such innovations resulted in a total cost saving of c. €20m during the design development phase.

The POs decided to introduce just over 20 changes (€14.06m) to the scope during the construction phase. The City of Tampere and the FTA consequently raised the total cost provision to €200m.

The POs had targets relating to both land and transport which were also used to formulate key targets for the Alliance. A pain/gainshare regime was used to steer the project towards the POs’ targets by rewarding outstanding performance with a bonus.  The targets were either met or outperformed. The Alliance was able to implement the project in a manner appreciated by the POs by making use of techniques such as collaborative platforms, the Big Room concept and lean construction. The final TOC was calculated by adding the changes to the scope of the project (+ €14.06m) and their impact on the construction partner’s fixed fee (+ €2.38m) to the original TOC (€180.3m) and deducting the effect of the index (- €0.79m). The final TOC was c.€195.9m, estimated to be undercut by €3.76m (the defects liability period has not yet ended). Taking into account 50% of the undercut and performance bonuses, the service providers will be paid a bonus of €4.68m in total.