Back to Basics | Open-ended property funds and pricing

In simplified terms, an open-ended fund typically has a variable amount of capital and an unlimited lifespan, with investors able to subscribe (purchase) and redeem (withdraw) their interests throughout the life of the fund based on its prevailing underlying value.

In contrast, a closed-ended fund generally has a fixed term, with new subscriptions limited to an initial fundraising period and investors having no right to redeem their interests during the fund’s life. Investors are therefore largely reliant on realisations by the fund or transferring their interests on the secondary market to achieve a return of capital.

While open-ended funds are therefore generally described as being more “liquid” than closed-ended funds, this does not tell the whole story. Open-ended real estate funds are – owing to the complex nature of property transactions – inherently less liquid than funds investing in more readily traded assets such as listed equities and bonds. Further, in contrast to freely traded securities which are openly priced on a daily basis, the process of valuing real estate is both time and cost intensive and properties are therefore valued less frequently (often quarterly or even annually).

When combined with the inherently subjective nature of property valuations, the price at which investors buy and sell interests in open-ended property funds has therefore been the subject of much debate within the industry. The conversation particularly intensified in the wake of the 2007-2008 global financial crisis and the 2016 Brexit vote, where fund managers suspended redemptions to stave off unprecedented investor demand for withdrawals. For further information on the methods used by property fund managers to manage liquidity, please see our briefing: Back to basics: Open-ended property funds and liquidity.

At the time of publication of this article, the significant uncertainty in global markets caused by the COVID-19 pandemic means that open-ended fund pricing is once again firmly in the spotlight. At the forefront of the debate have been INREV (the European Association for Investors in Non-Listed Real Estate) and AREF (the UK Association of Real Estate Funds), who together have been leading an industry wide consultation on the effectiveness of different pricing methods in use by the property funds industry.

This note provides a high-level summary of the three principal methodologies, being:

This is essentially the basis on which all open-ended fund pricing methods are derived. In its purest form, NAV-based pricing provides for investors to subscribe for and redeem interests in the fund based on the net asset value (NAV) per unit of the fund vehicle. The NAV per unit is calculated by dividing the NAV of the fund (i.e. the combined value of all the fund’s assets less its liabilities) by the number of units in issue. The fund’s entry and exit price will therefore fluctuate as the fund and its portfolio increases and decreases in value. Typically, fund documents will give the manager flexibility to adjust the unit price to account for events (such as drawdowns, distributions or significant market events) which may have occurred since the most recently available valuation and to otherwise ensure the fair treatment of investors.

In the US market, where single NAV-based pricing has traditionally been more prevalent, dilution is not generally regarded as such as issue. This is mainly due to the larger scale of US open-ended funds (which may lessen the impact of dilution) and the lower level of transaction costs in the US (which are often below 1%). However in multi-country markets such as Europe and Asia, where transactions are frequently conducted on a cross border basis and associated costs (particularly transaction taxes) are generally much higher, the impact of dilution can be substantial.

This has led to the development of alternative pricing methods which have sought to alleviate concerns of dilution by allocating transaction costs more fairly between subscribing and redeeming investors.

The dual pricing method is an evolution of pure NAV based pricing. This model assumes that investors who are subscribing will pay a premium on the NAV to reflect the costs of investing their commitments, while redeeming investors will incur a discount on the NAV to reflect the costs of realising the necessary capital to liquidate their investment in the fund. The underlying NAV on which the entry and exit price is determined may still be calculated in a variety of methods, for example IFRS or UK GAAP.

Dual pricing has seen widespread use in the UK market, where it was historically common for the entry and exit price to be fixed at an applicable percentage (e.g. an entry price of NAV plus 5% and an exit price of NAV less 2%, with the entry price typically higher to account for the additional cost of stamp duty taxes on acquisition). This model is known as the “bid-offer spread”, a term which refers to the delta between the amount that the fund will pay to investors redeeming their units (often known as the bid or redemption price) and the amount that investors must pay to buy units (the offer or issue price).

As the market evolved, some managers sought greater discretion to determine the spread on a case by case basis to take into account the fund’s actual transaction costs. While this potentially allowed for more accurate pricing, it led to less certainty over the actual price that investors would pay or receive for their interests on entry and exit.

Dual pricing methods protect against the issue of dilution and are relatively simple (particularly in the case of fixed bid-offer spread pricing). However, they have often been criticised for the level of subjectivity in determining the level of the spread. Further, given the transaction costs are assumed by the investor at the point of investment in the form of the offer spread, this results in an immediate write off of the spread in the books of the investor. Perhaps for these reasons, classic dual pricing has not seen widespread take up outside of the UK domestic market and is often seen as challenging to market internationally.

Capitalisation and amortisation seeks to address some of the fundamental issues associated with classic dual pricing by capitalising fund establishment and transaction costs (i.e. treating them as an asset of the fund) and then amortising (i.e. depreciating) those costs over time. These costs are then automatically reflected in the unit price as they are accounted for in the underlying NAV of the fund. Generally speaking, a shorter period of amortisation will benefit new investors over existing investors, while a longer amortisation period has the opposite effect.

While there are variations of the capitalisation and amortisation model, one of the most widely known is INREV NAV, which provides for amortisation of costs over a five-year period. However, the INREV NAV guidelines were not originally developed as a fund pricing methodology but simply with a view to providing an  industry “gold standard” means of reporting funds on a like-for-like basis. As part of the wider ongoing industry discussion on fund pricing, some have therefore questioned whether a five-year amortisation period is appropriate in the context of institutional real estate funds, which often acquire assets with a view to longer-term holds. As part of their joint industry consultation, INREV and AREF determined that capitalisation and amortisation is most effective where the period of amortisation is adapted to reflect the planned asset holding periods of the fund vehicle, with a ten year period suggested as a suitable proxy for institutional open-ended vehicles. Many funds therefore adapt INREV NAV guidelines to provide for a different amortisation duration commensurate to their particular investment strategy.

While capitalisation and amortisation avoids any issue of subjectivity in determining an appropriate spread level and (like dual pricing) protects investors against dilution, it is generally seen as more complicated to account for than classic dual pricing. Further, capitalisation and amortisation arguably only achieves fairness if the fund’s value increases commensurately with the rate of amortisation, while the immediate amortisation of fund establishment costs may depress unit prices significantly following the initial closing, potentially unfairly benefitting investors investing in subsequent closings. Some managers have attempted to address these issues by further adjustments to the INREV NAV. For example, managers may disregard the capitalised costs on a redemption (as they are not a true asset) and instead base the redemption price on the actual acquisition cost of the asset.

The alternative pricing methods described above can be described as attempts to address the arguably insoluble issue of fairly attributing the costs of providing liquidity to investors in illiquid property assets. None of the methods have presented a perfect solution to date. However, the industry appears to be making progress, with INREV and AREF suggesting that “long-term investors receive relatively similar returns” under both the dual pricing and capitalisation and amortisation method, with both methods also protecting seed investors from large-scale dilution.

INREV and AREF have concluded that both methods ultimately benefit from fine-tuning to achieve a more balanced outcome for investors. For example, a regular re-setting of the dual pricing spread may more accurately reflect actual transaction cost histories, while capitalisation and amortisation is generally considered to perform better under slightly increased amortisation periods which reflect relevant asset holding periods.

As the asset management sector attempts to recover from the COVID-19 crisis, we expect scrutiny of pricing methods to continue as investors push for greater transparency, fairness and accountability within the industry

For any further information, please contact a member of the CMS Funds Group. 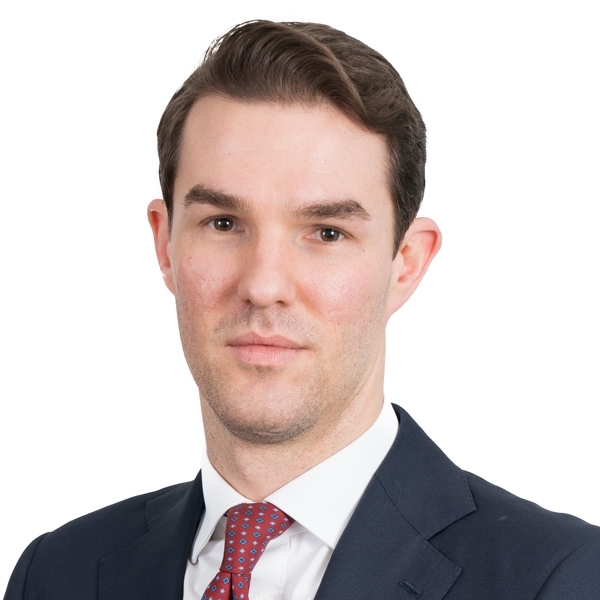