Facing the Future of Hydrogen

Facing the Future of Hydrogen

The important role that low-carbon hydrogen will play in decarbonising our energy usage is becoming increasingly widely recognised. Its versatility and broad range of applications render it uniquely placed to reduce emissions across the economy, and particularly in areas where electrification – another stalwart application in the emissions reduction arsenal – is not practical.

The second edition of this guide draws on insights from some of the most experienced global energy experts, providing an insightful perspective on the extent to which hydrogen has already been embraced by different countries, the challenges faced in optimising hydrogen application and on developments in the worldwide hydrogen economy since the first edition of this guide.

News stories in the years 2020 and 2021 have been dominated by one thing – COVID-19 or SARS-CoV-2. Against the backdrop of this global challenge, however, the issue of decarbonisation has never been far from the headlines. With the  passing of five years since the signing of the Paris Agreement in 2015, the pathway to achieving the long-term goals to combat emissions in an effort to achieve the Paris Agreement target of limiting global warming to well below 2 degrees Celsius above pre-industrial levels is yet developing. All the same, a number of pledges made by governments and businesses at UN Climate Conference, COP26, in Glasgow in 2021, featured hydrogen.  In this guide, our experienced energy lawyers shine a light on the practicalities of hydrogen playing a serious part in these decarbonisation goals.

The hydrogen economy is not a new concept. Demand for hydrogen has grown more than threefold since 1975, 1 https://www.iea.org/fuels-and-technologies/hydrogen with the compound being a fundamental component of various chemical production processes as well as used in oil refining. At present, however, hydrogen production is a fossil fuel intensive process, accounting for approximately 6% of global natural gas demand, 2% of coal and responsible for around 830 million tonnes of carbon dioxide emissions a year. Put into perspective, carbon dioxide emissions from global hydrogen production well exceed those of Germany. 2  https://www.ucsusa.org/resources/each-countrys-share-co2-emissions

The opportunity therefore is to harness the potential of low-carbon hydrogen – usually referred to as “green” or “blue” depending on production method – which currently only accounts for about 5% of global hydrogen production. Please refer to the Appendix of this guide for as explanation as to the different types of hydrogen. According to the International Renewable Energy Agency (IRENA), increasing production of green hydrogen and its derivatives can cut carbon dioxide emissions by 10% in the period up to 2050. This guide explains how, to a greater or lesser extent, the jurisdictions covered are advancing such low-carbon hydrogen production.

However to embrace these opportunities and climate change aims requires the understanding and overcoming of a number of hurdles.

One of the greatest challenges faced by low-carbon hydrogen production is that it remains, for the most part, commercially nascent. With this comes the following specific challenges:

Each of these challenges adds complexity and risk to the investment into and the development of such projects, at least initially. In addition, the fact that low-carbon hydrogen is a growing and developing sector, with multiple applications, means the current production and associated technology will likely advance quickly once it gets going.

In this guide, we discuss the legal landscape in which hydrogen currently exists. This will differ from jurisdiction to jurisdiction, and is often challenging to navigate owing to the lack of specific “hydrogen laws” in most countries, in contrast to the treatment of other energy sources. As we discuss, many of the laws applicable to methane gas also apply to hydrogen, however perceived risks around leakage and flammability mean that it is also subject to a host of safety regulations applicable to major hazards.

Notwithstanding the lack of specific legislation, there is ongoing policy development to pave the road for the development of a hydrogen economy. The projects that succeed will be those who bravely took the opportunities and shaped this developing landscape to their needs.

Many governments are now adopting hydrogen strategies – setting out the intention for how low-carbon hydrogen will be deployed across their economy. These are important steps giving some clarity to investors as to what the future legislation of and support for hydrogen in different jurisdictions may be. Japan has been an early mover in the hydrogen market, having formulated its “Basic Hydrogen Strategy” in 2017 and built on this since. Other jurisdictions such as such as the US, there is also a combined push amongst the private sector to develop coherent thinking on hydrogen deployment, with the Road Map to a US Hydrogen Economy being developed by a coalition of US energy sector players. Furthermore, a number of countries are gearing themselves up to be the top global green hydrogen exporters aiming to beat the competition on price (e.g. Chile) or through geographic positioning (e.g. United Arab Emirates which based on its hydrogen strategy aims to hold a fourth of the global hydrogen market by 2030.)

Germany is one of the few jurisdictions to have passed dedicated legislation by updating its Energy Act to provide for regulation of hydrogen networks, although aspects such as the capture and storage of emissions associated with blue hydrogen production are not covered at all. In addition to Germany, France is taking steps to entrench hydrogen into national law, amongst other things defining “renewable hydrogen”, “low-carbon hydrogen” and “carbon-based hydrogen” in legislation. In the UK, the government is developing dedicated hydrogen “business models” aimed at reducing these risks through revenue support for producers of eligible hydrogen via the “contracts for difference” regime, familiar to renewable generators in that jurisdiction. Revenue support for initial projects is likely to play an important role in getting them off the ground.

Large scale demonstration projects are already underway in some jurisdictions aiming to demonstrate applications ranging from urban transport to gas grid injection. Looking forward the ambition will be to move from demonstrators to full-size projects producing low-carbon hydrogen at commercial scales.

In order to facilitate commercialisation of low-carbon hydrogen production and supply, the development of standards of good practice and market-standard documents will be essential. Jurisdictions which are already developing a regulatory framework to facilitate hydrogen production may be quicker to develop these standards than others. Importantly, given the ambition of many countries to export a portion of the hydrogen produced, these standards may also need to be internationally recognised. One element of this will be developing internationally recognised standards for certifying hydrogen as low-carbon.

The scale up of low-carbon hydrogen will likely also see the development of hydrogen “hubs” – where infrastructure for hydrogen transport and storage is shared by a number of players, and production may be co-located with end users e.g. industrial users, to decarbonise their own production. This is the start of what looks to be a global hydrogen market with production and consumption on a cross-border scale seen in other fuels and commodities. For example, in April 2021, Australia’s Prime Minister pledged AUD$275.5 million to accelerate the development of hydrogen hubs, 3 https://www.lexology.com/library/detail.aspx?g=74a6dd9d-bd7a-4f8a-9c55-63f884a73bf9 as well as to implement a clean certification scheme. If built, the Asian Renewable Energy Hub in Western Australia will produce about 1.8 mtpa of green hydrogen for use both on the continent and possibly by neighbouring countries of Japan and South Korea. Japan has also signed memorandums of understanding with New Zealand, Argentina and the Netherlands for cooperation with a view to developing hydrogen technology and international supply chains.

As is seen throughout this guide, the way is being paved for low-carbon hydrogen to play a vital role in decarbonising our energy usage. Be that through fuel cell technology in transport, decarbonising our heating systems via gas grid blending or greening our chemical and industrial sectors, the versatility of hydrogen means that its potential cannot be overstated. Both governments and the private sector are taking action to realise this potential – through the publication of ambitious strategies, development of public-private sector partnerships and cross-border cooperation to develop international trade in hydrogen – this is a time of great opportunity and challenge for the hydrogen industry. As with any major shift to the status quo, the major rewards fall to those who succeed as the first movers in the emerging landscape. As was seen with the renewables industry a few decades ago, the hydrogen projects which successfully navigate the dynamic landscape will set the tone and pace of the regulatory foundations and development in the market for future projects. As collaborations turn to construction and offtake structures, the projects that succeed will be the pioneers remembered for setting a new course where hydrogen has a prominent part to play.

Our contributors and energy specialists in each jurisdiction remain at your disposal and would be delighted to discuss more specific details and developments.

From the perspective of investors in the sector, it is important to recognise that while the molecules are indistinguishable, hydrogen is classified according to the way that it is produced, and categorised by colour. Different legal regimes may apply to hydrogen production and usage depending on how it is produced, and particularly whether it is produced using renewable or non-renewable input fuels.

Most commonly we hear of “grey”, “blue” and “green” hydrogen, produced using methane gas, methane gas with carbon capture and storage technology and renewable energy, respectively. However, there are also other colours in the hydrogen rainbow, some of which are detailed on this page. 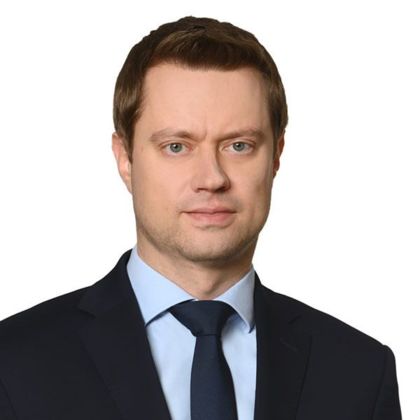 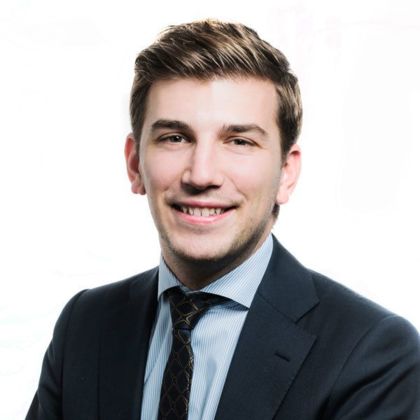 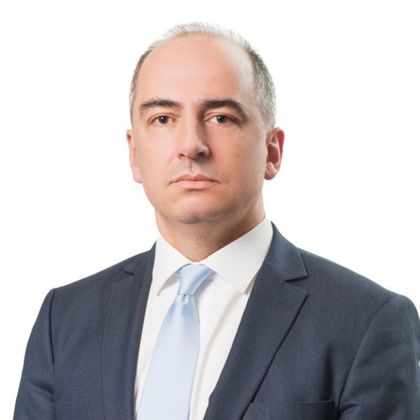 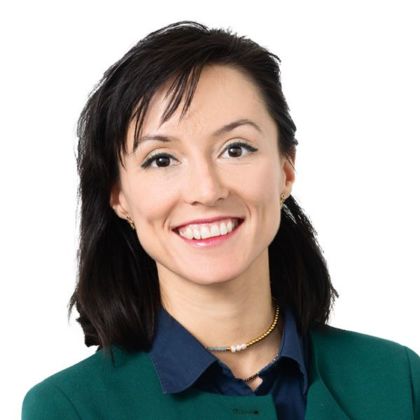 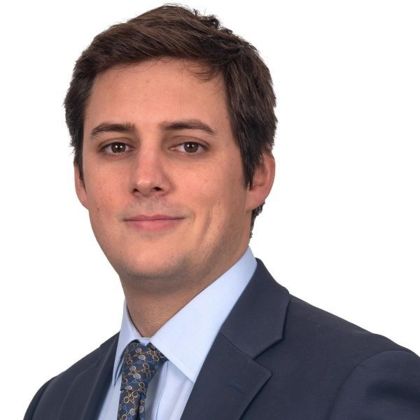 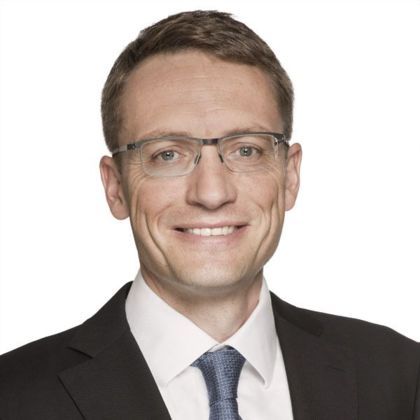 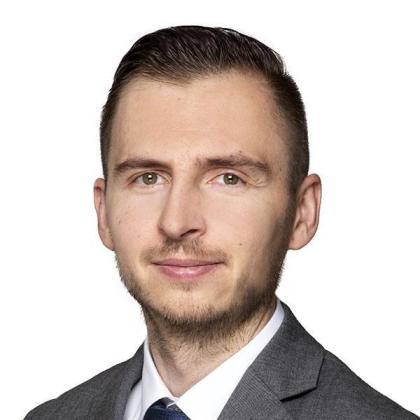 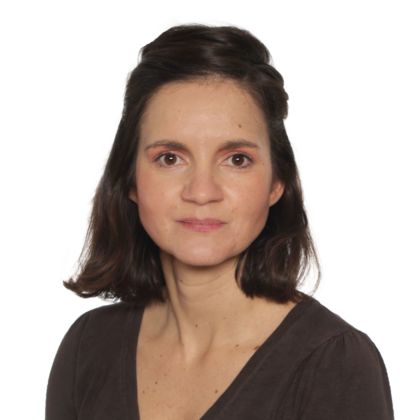 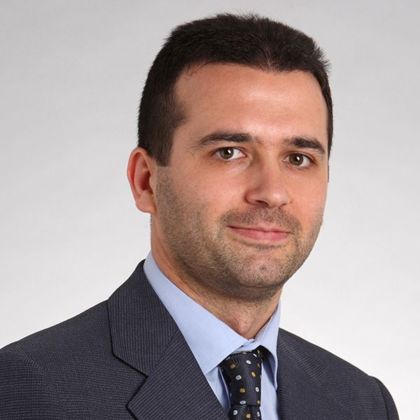 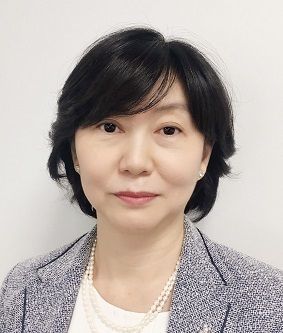 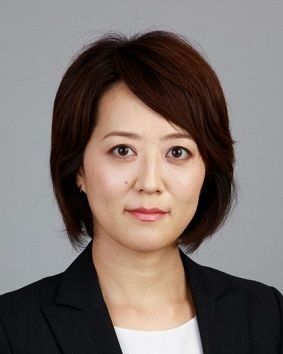 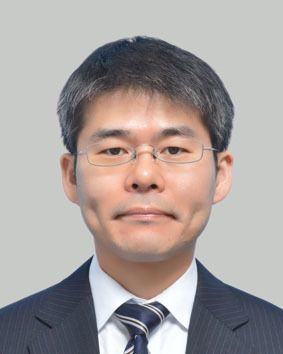 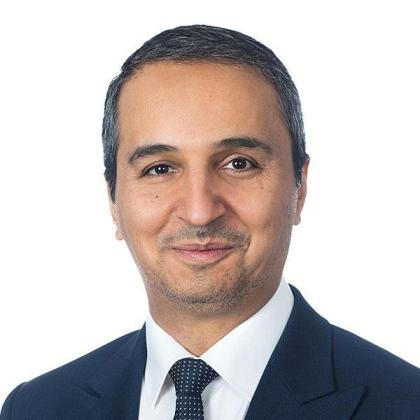 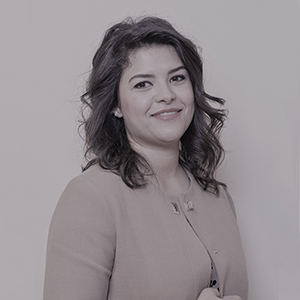 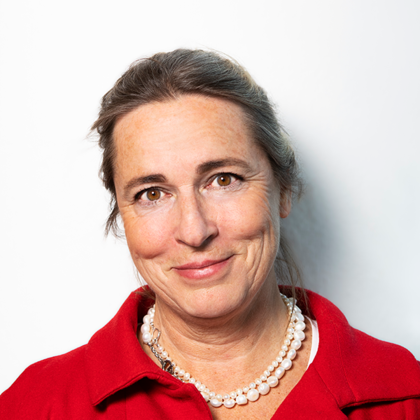 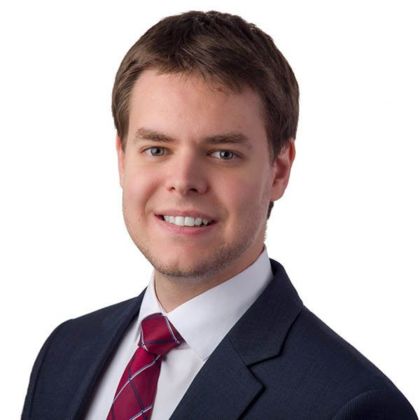 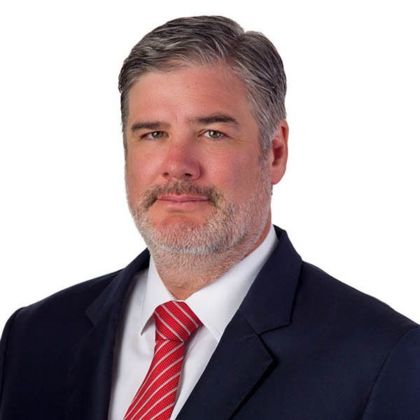 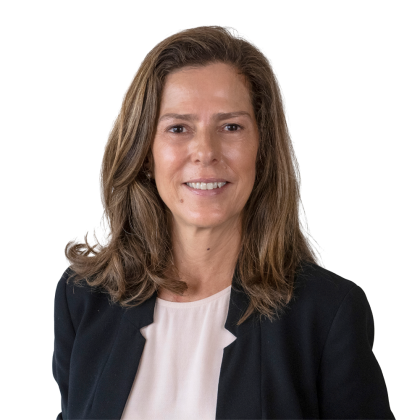 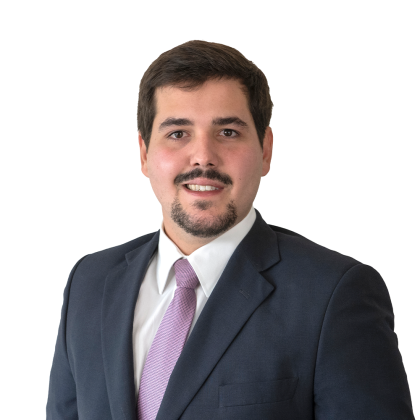 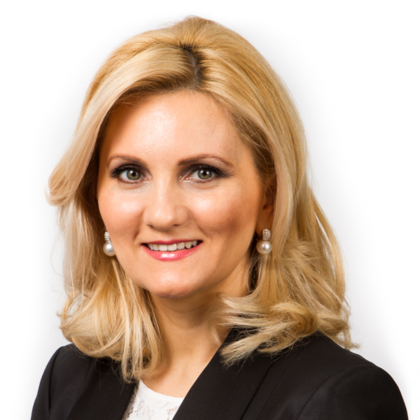 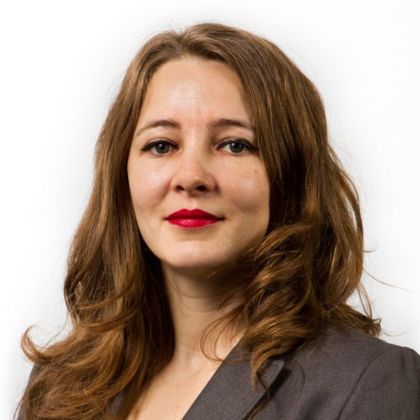 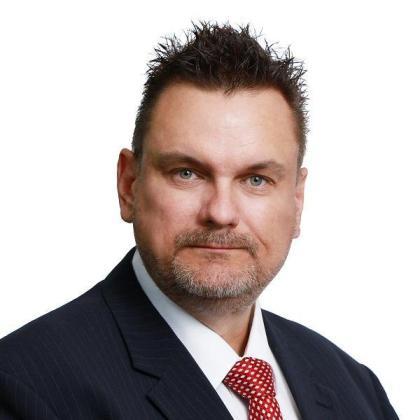 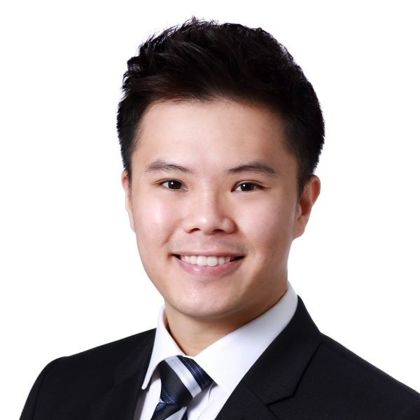 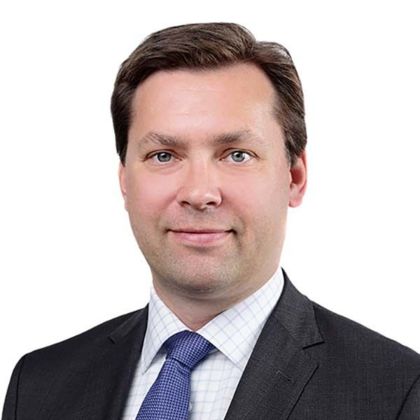 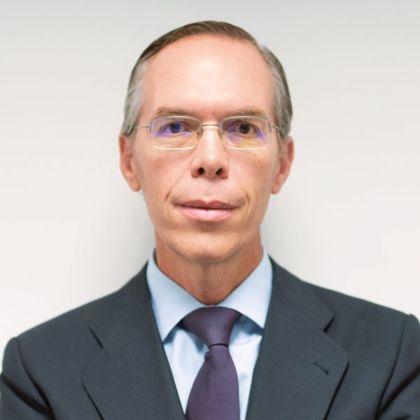 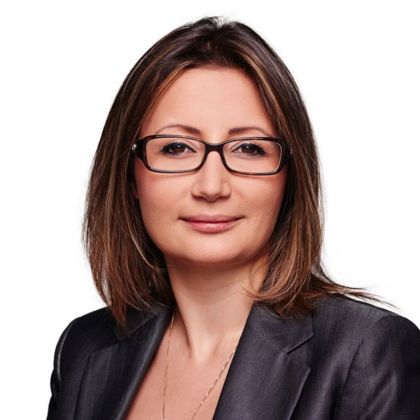 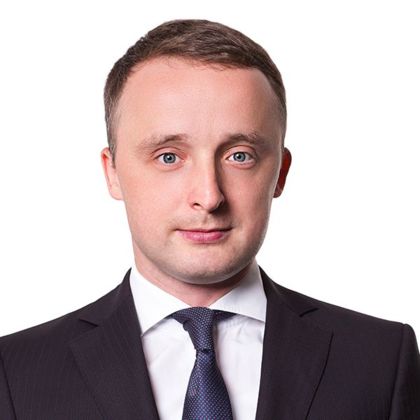 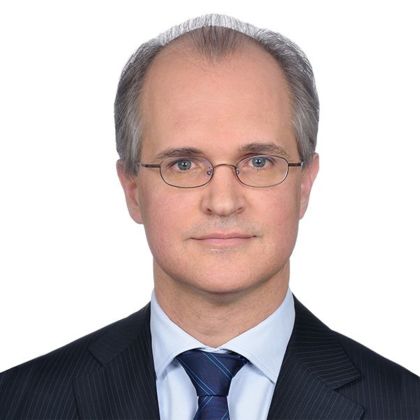 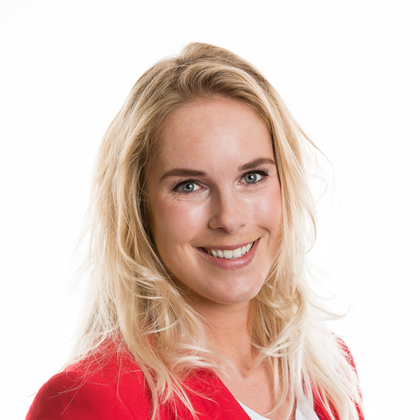