Africa has a more positive view of the Belt and Road Initiative (BRI) than anywhere else outside China. In January 2021 Botswana became the 46th African nation to sign up to it. Despite the pandemic and heightened geopolitical tensions, BRI is still delivering infrastructure development across the continent, as well as helping to strengthen trade links between China and Africa.

The new CMS report in our series focused on BRI, Belt and Road: the view from Africa, is built on feedback from over 500 people around the world who are actively involved in BRI. Our experts analyse what BRI means for the region, highlight legal considerations and take a closer look at the prospects for future BRI investment in several countries, including Angola, Kenya and South Africa.

While Africa will certainly see more BRI projects in 'traditional' sectors such as ports, roads and railways, China's shift towards sustainability has led to a growing emphasis on investments in other areas, such as renewable power schemes, digital infrastructure and the so-called Health Silk Road. The number of African BRI participants interested in renewable energy projects has trebled, with even more aiming to invest in the grid and network infrastructure needed for reliable power provision.

As African governments continue to develop badly-needed infrastructure and seek to boost their economies after the pandemic, there are likely to be even more opportunities in BRI, for both Chinese and non-Chinese participants.

Thank you for your message. We will be in touch shortly. 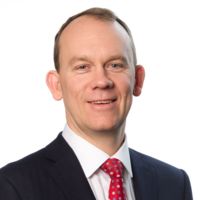