Here’s a selection of our energy sector credentials in India:

A premier Indian solar group on their market entry to the UAE, including the acquisition of existing operational solar systems/assets

A US $200 million refinancing of an FPSO vessel owned by a joint venture with an Indian contracting company.

The Government of Gujarat in relation to its proposal for a rooftop solar project, built on a PPP basis

The Indian state government and state electricity board in relation to restructuring and privatisation in Rajasthan, including on the draft legislation and on suitable structures

On gas balancing and unitisation issues in relation to the Lakshmi and Gauri gas fields in India.

Arden Partners Limited, a company specialising in the design and construction of power stations in India

SKIL Ports & Logistics on the AIM IPO.  SPL is a new company established to develop, own and operate port and logistics facilities in India. 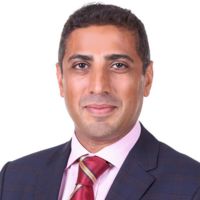