Here’s a selection of our energy sector credentials in Poland:

CalEnergy Resources - on the Baltic Gas Project, a JV project with LOTOS Upstream. The project involved the development for production of two offshore gas fields, B4 and B6, and the construction of related facilities and infrastructure, including two drilling platforms situated on the Baltic Sea and a gas pipeline from the platform to onshore facilities. We advised on issues related to the investment process such as permitting and environmental, securing legal title to the land, project agreements, and on corporate and regulatory matters, service contracts, the agreement of gas network connection, and off-take agreements.

Central European Petroleum - on obtaining a hydrocarbon concession and on miscellaneous environmental, regulatory, corporate and tax aspects of conducting an upstream oil and gas business in Poland in the Wolin area. Onshore and offshore seismic acquisition was fully permitted and completed.

PSE (Polskie Sieci Elektroenergetyczne, Polish grid operator) - on a public procurement tender for the delivery and implementation of a high-profile IT system for the Market Management System (MMS) for the Electricity Balancing Market in Poland. It supports the effectiveness of the national energy power system and is a unique project on the European market. The implementation of the MMS System for Electricity Balancing Market is based on EU regulations.

The Association of Polish Power Generators (TGPE) - we advised the representatives of the electricity sector on the European Commission’s ‘Clean Energy for All Europeans’ legislative proposals: the “Winter Package”, which covers renewable energy, energy efficiency, the design of the electricity market, the security of electricity supply and governance rules for the Energy Union. Our analysis focused on the key documents from the standpoint of the Polish electricity sector and included making comments, recommendations and amendment proposals supporting the Polish energy sector’s interests at the EU level. The analysis also strengthened the position of the Polish government during the EU legislative procedure.

Stadtwerke München GmbH - on the acquisition of a wind farm project in northern Poland with capacity of 132 MW. Our assistance included carrying out a due diligence of the project, preparing and negotiating the SPA, as well as preparing and negotiating other project contracts including the TSA, O&M, BoP Contract, Project Development Agreement and Construction Project Management Agreement.

Signify Netherlands B.V., an Euronext-listed company - on the purchase of renewable energy from Green Investment Group (GIG) under a virtual corporate power purchase agreement (VPPA), one of the first agreements of this type completed in Poland. Our advice included preparing and negotiating a ten-year agreement. VPPAs allow for the virtual purchase of electricity generated from renewable sources directly from the generator.

Green Investment Group - on the acquisition of the entire share capital of a project company holding a 48 MW onshore wind farm in Zajączkowo, Poland (Zajączkowo Windfarm Sp. z o.o.) from Mitsui Renewable Energy Europe Ltd and J-Power Investment Netherlands B.V. Our advice included conducting a due diligence and assistance in preparing and negotiating the transaction documents, including SPA contracts.

Modus Group - during the investment process and the sale of 49 solar power plants to Aberdeen Standard Investments, a global asset manager. The sale of the portfolio with a total power output of 45.4 megawatts (MW) was said to be the largest transaction involving solar power parks in Poland to date.

MEAG - on the acquisition of the Zary wind farm project in Poland from Swedish renewables company OX2 Wind International AB. Our advice included conducting a due diligence, assistance in preparing the transaction documents and EPC contracts as well as in the signing and closing of transactions.

Partners Group - on the acquisition of a majority share of the VSB Group, a developer present in eight countries that successfully developed and built more than 1.1 GW of onshore wind farms and solar photovoltaic (PV) power plants and manages over 1.4 GW of wind assets.

Real Assets Advisers - on the purchase from KKR of a 33% stake in Acciona Energía Internacional, the owner of 52 renewable energy assets, by AXA Investment Managers-Real Assets and Acciona. 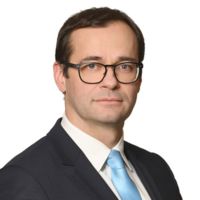 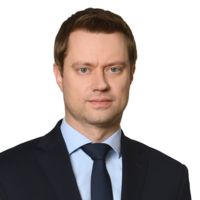