Immigration was one of the main concerns which sparked Brexit. The UK voted to take back control of its borders and wants to end free circulation and establishment between the UK and the EU27 member states.

The current, pre-Brexit situation for UK nationals and EU nationals is freedom of movement for EU and UK citizens under Art. 45 TFEU, Directive 2004/38/EC. This gives EU citizens and their family members the right to move and reside freely within the territory of the member states. This means:

In practical terms, having a valid ID card or passport entitles EU nationals to enter the territory of another member state. For long stays, – more than 3 months – they may also reside in an EU member state subject to certain conditions and limitations (personal resources, healthcare insurance provisions and provided they are not a burden on the social security system) according to their status in the host country. After five years’ continuous residence, EU nationals have the option of obtaining permanent residence status.

After Brexit, both UK nationals in EU member states and EU nationals in the UK will be treated as third-country nationals. Borders will be back between the UK and the EU. 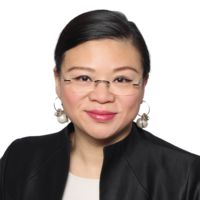