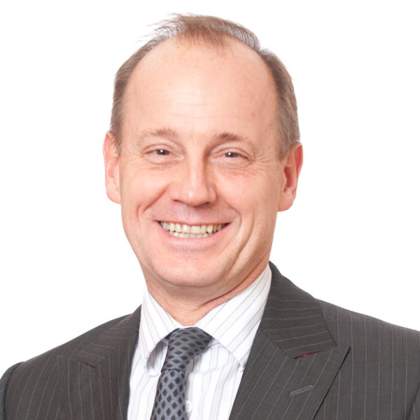 Chris Watson is one of the world’s leading communications law experts. He is Global Head of the CMS Technology, Media and Communications group and leads an international team of over 300 lawyers.

He focuses on international commercial matters in TMC, particularly in areas where competition and regulation overlap, and on EU law arising in cross-border and complex transactions.

Chris is included as one of a handful of “Global Elite Thought Leaders” in Who’s Who Legal: Data 2020. His recognition as a Who’s Who Legal “Global Leader” in the categories of Data - Information Technology, and Data - Telecoms & Media also goes back for several years.
Chris is described by clients and contacts as "exceptionally bright", boasting an "amazingly international practice". Sources told Chambers and Partners: "He is very knowledgeable on telecoms regulation and competition law, and one of the nicest people you could ever meet."

He also has extensive experience in other regulated network sectors such as postal, electricity and other utilities and as well as broad experience on commercial, corporate, and financial matters.

Chris is a sought after speaker and is frequently quoted in the media. He is a past member of the governing Council of the International Bar Association (IBA), chair of its Diversity Council and a past chairman of the Communications Law Committee. Chris's memberships also include Supreme Court of England and Wales, and the Paris Bar.