Under the Recast Brussels Regulation (Council Regulation (EU) 1215/2012) ("Recast Regulation"), EU judgments obtained in proceedings commenced on or after 10 January 2015 are automatically recognised in the United Kingdom. For other foreign judgments, an application for registration of the judgment in England must be made. Once a foreign judgment has been registered, it can be enforced as if it were a judgment of England and Wales.

2.1.1  Judgments from Scotland or Northern Ireland

The procedure for enforcing judgments from Scotland or Northern Ireland in England and Wales is set out in the Civil Procedure Rules (“CPR”) 74.14 to 74.18 and sections 18, 19 and Schedules 6 and 7 to the Civil Jurisdiction and Judgments Act 1982 (“CJJA 1982”) (as amended by the Civil Jurisdiction and Judgments (Amendment) Regulations 2014 (SI 2014/2947)). Those judgments must be registered in England in order to be enforceable. Registration in the United Kingdom is the equivalent of a declaration of enforceability (i.e. recognition) and is a straightforward process. The judgment creditor must first apply to the court where the judgment was given for a certificate to enable judgment to be enforced in another part of the United Kingdom (in the manner prescribed by the original court). The judgment creditor then applies to the High Court (within six months of the date of issue of the certificate) for the registration of the judgment, accompanying the application with a certified copy of the original judgment and the certificate.

2.1.2  Judgments from other EU and EFTA countries

Depending on the jurisdiction of the judgment and the date on which the underlying claim was commenced, the rules that govern the recognition and enforcement of EU and EFTA judgments are contained in:

With the exception of judgments under the Recast Regulation, all judgments must be registered prior to enforcement. The procedure for registration is set out in CPR 74.3 to 74.10.

An application for the registration of a foreign judgment under the Brussels I Regulation, the Lugano Convention or the Hague Convention must be made to the High Court and be supported by written evidence (an authenticated copy of the judgment and a certificate from the court of origin giving details of the judgment.) 1 Most of the elements of the enforcement procedure for the Brussels I Regulation and the Lugano Convention will apply to enforcement under the Brussels Convention. As the latter is relatively rare, it is not covered specifically here.  In addition, the application must state whether interest is recoverable on the judgment under the law of the state of origin and, where the judgment is not in English, it must be supported by a translation either certified by a notary public or other qualified person, or accompanied by written evidence confirming that the translation is accurate.

There are also other specific European instruments:

Regulations themselves. The judgments made under the Regulations are enforceable automatically, without the need for registration.

In June 2016, the UK voted by public referendum to leave the EU. A withdrawal agreement (the “Withdrawal Agreement”) setting out the terms of the UK’s withdrawal was approved by the UK Parliament by enacting the European Union (Withdrawal Agreement) Act 2020, which received Royal Assent on 23 January 2020. The Withdrawal Agreement was signed by the UK and EU on 24 January 2020, and provides the UK with a transitional period from 31 January 2020 (on which day the UK officially left the EU) until at least 31 December 2020, during which the UK is effectively treated as if it were an EU Member State. There is a possibility of a one-off extension to the 31 December 2020 deadline, provided that the UK requests such extension prior to 1 July 2020.

During the transitional period:

As it is yet to be determined whether a partnership agreement will be concluded with the EU following the end of the transitional period (whether on 31 December 2020 or, if an extension is requested, later), the position regarding enforcement post-Brexit is still unsettled.

Depending on the jurisdiction, the rules that govern the recognition and enforcement of judgments from Commonwealth countries are contained in the Administration of Justice Act 1920 (“AJA 1920”) or in the FJA 1933. The judgments must be registered in England in order to be enforceable.

The Hague Convention currently applies to the EU Member States, Mexico, Singapore, and Montenegro. It was implemented into English law by an amendment to the CJJA 1982 and applies to judgments in civil and commercial matters where there is an exclusive choice of court agreement in place. Although the UK made a declaration on 12 April 2019 that it will re-accede to the Hague Convention, its accession has been postponed during the transitional period given that the Hague Convention continues to apply to the UK during this period as a result of the terms of the Withdrawal Agreement. Judgments within the scope of the Hague Convention must be registered in England in order to be enforceable.

The common law rules govern the enforcement of judgments from countries not covered by the aforementioned regimes (e.g. Brazil, Russia or the United States). This regime is based on common law precedent (i.e. case law) and is not codified in a statute. As such, its application is not absolute and must be approached on a case-by-case basis.

The common law regime allows for enforcement of monetary judgments only (i.e. other forms of judgments – such as injunctions and provisional measures, declaratory judgments, default judgments and ex parte awards – are not enforceable under the common law). The judgments must be on the merits and be final and conclusive in their jurisdiction of origin. If the only way to contest the judgment in the original jurisdiction would be to appeal it to a higher court, the judgment will be considered final and conclusive.

A defendant might challenge an application for summary judgment on the grounds that it has a real prospect of successfully defending the claim at trial because of the existence of any of the limited grounds of defence. As this regime is based on common law, there is not a closed list of defences, however, the main ones are:

Once a foreign judgment has been registered in England (if it needs to be registered under the applicable regime), it can be enforced in the same way as an English judgment. CPR 70 to 73 contain the general rules about enforcement of judgments and orders in general civil matters.

Special rules apply for certain civil law matters. For example, CPR 75, 81 and 83 respectively contain special provisions for enforcement in relation to (i) traffic matters; (ii) orders or undertakings to do or abstain from doing an act; and (iii) writs and warrants.

Additionally, Parts 32, 33 and 34 of the Family Procedure Rules (“FPR”) govern the enforcement of maintenance orders, custody orders and orders made in family proceedings. Part 38 of the FPR governs the recognition and enforcement of protection measures between England and Wales and Member States of the EU other than the United Kingdom and Denmark.

Certain limited countries that are not party to the New York Convention are party to the Geneva Convention on the Execution of Foreign Arbitral Awards 1927. Awards made in those countries may be enforced pursuant to section 66 of the Arbitration Act.

Most matters relating to the registration and enforcement of judgments are regulated by legislation, however there are some important court decisions, often concerning the interpretation of such statues.

In relation to the common law regime, some important precedents are:

No. The English courts will not revisit the factual or legal findings in the original judgment. However, under the AJA 1920 the courts retain a certain discretion when deciding an application to register a judgment. The courts will only order the judgment to be registered if in all the circumstances of the case they think it just and convenient that the judgment should be enforced in the United Kingdom.

The timeframe for the proceedings to obtain recognition of a judgment depends on the particular regime. If there is a treaty in place under one of the above-mentioned regimes and the judgment is registrable and enforceable in the English court, it can take between one to four weeks. However, if there is no treaty and proceedings have to be commenced under the common law rules, in the most straightforward of cases it can take three to six months to obtain a summary judgment – more complex cases habitually take longer.

Yes, although cases cannot be retried on their merits, defendants can oppose, appeal or apply to set aside the registration of a foreign judgment on certain limited grounds depending on the applicable regime.

6.1 Judgments from Scotland or Northern Ireland

Registration can be set aside if, upon an application made by the defendant, the court is satisfied that: (i) the formalities of the registration procedure have not been complied with; or (ii) subject to the court’s discretion, the matter in dispute in the proceedings in which the judgment in question was given had previously been the subject of a judgment by another court or tribunal having jurisdiction in the matter.

6.2 Judgments from other EU and EFTA countries

Under the Recast Regulation, the Brussels I Regulation and the Lugano Convention, a defendant is entitled to defend against the enforcement. Defences under these instruments are broadly similar, and limited, as follows:

A decision on the application for registration of a judgment required to be recognised and enforced under the Hague Convention may be appealed by either party. The court can refuse or revoke registration only if:

In relation to the common law regime, there is no recognition or exequatur as such, however the defendant might challenge the application for summary judgment on certain limited grounds (see point 1.5 above). 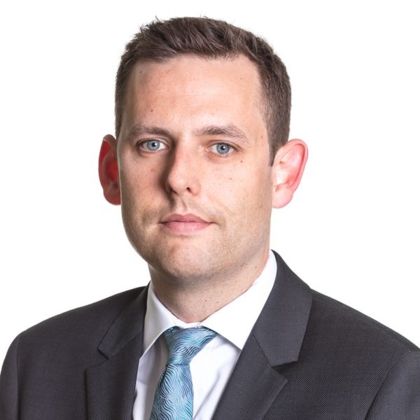 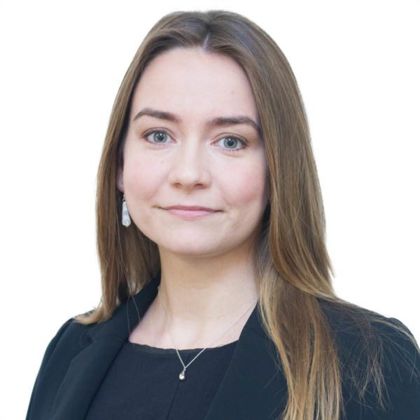