Back to Real Estate

The real estate industry is currently going through an unprecedented phase of digital transformation against the backdrop of ‘the fourth industrial revolution’.

In simple terms, PropTech represents all of the companies that are looking to harness technology in order to make the real estate industry better, more efficient and more in step with the digital age we live in. It encompasses many start-ups offering technologically innovative products or new business models for real estate markets. PropTech's impact is being felt at every single phase of the building lifecycle. 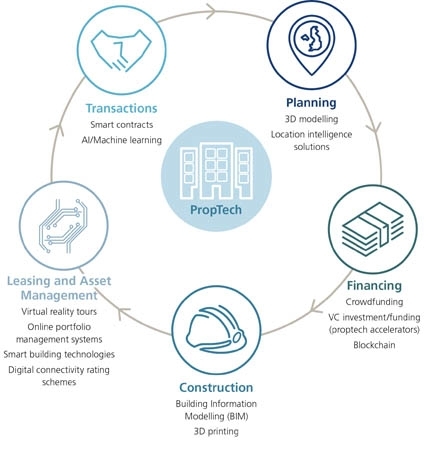 Given the broad scope of the PropTech landscape and the many different ideas it embraces CMS has put together an ABC of PropTech which presents a useful glossary of key terms.  The ABC of PropTech can be downloaded below.

25
Jan
IR35 A re­cap of the re­gime changes and man­aging the chal­lenges in prac­tice
26
Jan
What hap­pens now? Nav­ig­at­ing the new COV­ID em­ploy­ment land­scape
Show all
Find out how we can help you with your ESG needs