No. The term “force majeure” has no recognised meaning in English law and should therefore only be used in agreements when it is properly defined.

As noted above, the term “force majeure” has no recognised meaning in English law. As a result, use of this term alone in an agreement, with no accompanying definition, is unlikely to be effective. For example, a clause stating that the "usual 'force majeure' clauses shall apply" has been held void for uncertainty (British Electrical and Associated Industries (Cardiff) Ltd v Patley Pressings Ltd).

Under consumer rights law in England and Wales (e.g. the Consumer Right Act 2015), a supplier’s force majeure clause in a B2C contract will need to satisfy the relevant legislation’s concepts of (1) fairness, and (2) transparency. In practice, this means that a supplier may only exclude liability or terminate the agreement for delay or non-performance where this is genuinely due to an event outside of the supplier’s control, at the risk of this exclusion/termination being deemed “unfair” to consumers. In B2C contracts, suppliers should avoid giving examples of specific events that are within their control (like shortages of stock, failures of communications systems, etc.), and should state that they will take reasonable steps to prevent or minimise delay or non-performance. Additionally, where there is a risk of substantial delay, guidance suggests that the consumer should be given a penalty-free right to terminate the agreement (which includes the right to a refund of pre-paid amounts).

Given that the term “force majeure” may not be easily understood by consumers, it is also advisable that Suppliers use wording such as "events outside our control" in B2C contracts instead.

Given that there is no legislation on force majeure in England and Wales, in B2B contracts, the parties must define what constitutes a “force majeure event”, which is frequently subject to negotiation depending on the industry in question and the relative bargaining power of the parties. The statutory requirements of fairness and transparency in consumer contracts do not apply (but see below).

Under the Unfair Contract Terms Act 1977 (UCTA), which applies to written standard terms of business in B2B contracts, a force majeure clause will only be valid if it satisfies the ”reasonableness” test defined in UCTA. As in the case of B2C contracts, where one party seeks to classify as “force majeure events” events that are, in fact, within that party’s control, this could potentially be deemed “unreasonable” by a court.

By contrast and as noted above, in standard B2B contracts which do not constitute standard terms of business, the definition of “force majeure event” is a matter for negotiation between the parties and is not subject to the same reasonableness requirements.

EITHER (Where you are acting for the party more likely to want to rely on the force majeure clause, e.g. a service provider)

1.1  In this Agreement, “force majeure” shall mean any cause preventing either party from performing any or all of its obligations which arises from or is attributable to strikes, lock-outs or other industrial disputes, nuclear accident or acts of God, war or terrorist activity, riot, civil commotion, malicious damage [(excluding malicious damage involving the employees of the affected party or its sub-contractors)], compliance with any law or governmental order, rule, regulation or direction [coming into force after the date of this Agreement], accident, breakdown of plant or machinery, fire, flood, storm or default of suppliers or sub-contractors and, where they are beyond the reasonable control of the party so prevented, any other acts, events, omissions or accidents.

OR (where you are acting for the party less likely to want to rely on the force majeure clause, e.g. the recipient of a service)

1.1 In this Agreement, “force majeure” shall mean any cause preventing either party from performing any or all of its obligations which arises from or is attributable to acts, events, omissions or accidents beyond the reasonable control of the party so prevented [including, without limitation, to the extent that these are beyond such control, [nuclear accident or acts of God, war or terrorist activity, riot, civil commotion, fire, flood or storm]] except that:

Strikes, lock-outs or other industrial disputes involving the work force of the party so prevented or of any of its sub-contractors or suppliers or the occurrence of an event associated with economic and monetary union in the European Union shall not constitute “force majeure” for the purposes of this Agreement.

1.2 If either party is [prevented][prevented or constrained] from performance of any of its obligations under this Agreement by force majeure, that party (the “Claiming Party”) shall as soon as reasonably possible [and in any event within one (1) Business Day after commencement of the force majeure] serve notice in writing on the other party specifying the nature and extent of the circumstances giving rise to force majeure, and shall subject to service of such notice have no liability in respect of any delay in performance or any non-performance of any such obligation [save for any payment obligation which shall continue in full force and effect] (and the time for performance shall be extended accordingly) to the extent that the delay or non-performance is due to force majeure [PROVIDED THAT:

1.3 [If either party is prevented from performance of [substantially] all of its obligations by force majeure for a continuous [or aggregate ]period of more than [three ][six ]months in total, the other party may terminate this Agreement immediately on service of written notice upon the party so prevented, in which case [neither party shall have any liability to the other except that rights and liabilities which accrued prior to such termination shall continue to subsist] [or] [if appropriate, provide for any specific provisions which are to be saved and/or specify whether payments are to be made for goods or services already delivered or rendered, or goods not paid for are to be returned or compensatory payments are to be made].]

1.4 [If [either party] is prevented from performance of [substantially] all of its obligations by force majeure for a continuous [or aggregate ]period of more than [one] month[s] in total (the “Force Majeure Period”), the [Licence Term] shall be extended by a period of time equal to the Force Majeure Period[, subject to earlier termination of the Agreement under clause [1.3]].]

Where there is no force majeure clause (or where there is a force majeure clause, but the effects of Coronavirus are outside the scope of the clause), the parties may seek to rely on the common law doctrine of frustration, which applies where performance of a contract has become legally or physically impossible through no fault of the parties (e.g. during WWII, a number of contracts were frustrated when it became legally impossible to trade with the enemy).  However, in practice, the doctrine of frustration is rarely applicable, and is also unlikely to apply where performance of the contract is delayed but not “impossible” to perform.

Absent any other contractual termination rights (e.g. termination for convenience), a party could also seek to terminate the contract by relying on the common law doctrine of repudiatory breach. 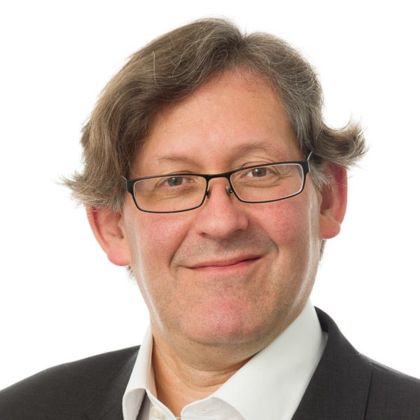